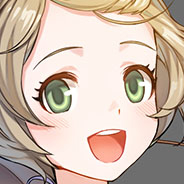 For all its pitfalls, I like this game, let me preface. It has surprisingly high production value and great combat/effects if you're into this variety of free-targeting.

But I have a huge, huge issue with the hard limit on runs per day. It's difficult to play this game with friends when timezones differ and anyone who gets on after the activity "rush" is left in the dust. Not being able to help them run difficult dungeons when my run limit is up is also appalling game design. Don't you want people to stay on longer? Play longer? Enjoy your game longer and potentially play with all their friends? Because once you're locked out of every necessary dungeon on your main, there's not much else to do but level alts. And I don't want to feverishly level and gear up an alt just to be able to bypass the dungeon entry limit and actually be able to do the dungeon or help carry people who aren't as geared.

**The real fix is to limit the number of rewards per day and let players run it without rewards afterwards in case they want to practice or help friends/crew members.

The dungeon pass tickets can then be converted to tickets that allow you to gain another set of rewards in that dungeon. **

This solution is much less restrictive and smothering than a hard limit on number of entries and allows players to play their favorite character(s) in their favorite dungeons for as long as they like without affecting the intended core limitations that Naddic wanted to have. It also promotes a better community for new players, who may need help once they reach the endgame dungeons but often run into walls when everyone else has already maxed out their runs for the day. If you get lucky someone has geared up multiple "carries" on their account and can help, but it's not something that I would bet the bank on.

Right now player-made solutions are to just ask in world chat for help or queue endlessly and hope, but the base of the issue is still there. You have a crew, maybe, and you have some friends also playing this game, maybe, but no one can help because their runs are maxed and they can't carry on other characters or their other characters are maxed out on runs, too. Queues are also dead near the end of the day when everyone has finished running all the dungeons that matter on all the characters they care about. This is not a good way to keep new players and it's sure as water is wet not a selling point of the game. It's oppressive, at best, and a dealbreaker at worst. If the developers want to impose hard timegating, the FFXIV method of "limited daily/weekly dungeon drops, but unlimited runs" is far more elegant and healthy for the game in the long run.