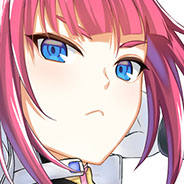 Overflow Nitocris stage 10 is bugged. There seems to be a syncing issue on which person gets marked with the rotating wall.

I queued and went with a 3-man party in Overflow Hell - Nitocris. Everything was fine until stage 10. One of the party member started to curse at me saying that I need to get out with the wall. Meanwhile I continued hitting Nitocris and was wondering why the other two were just standing and not doing anything. Apparently in their perspective the wall is rotating on me, but in my perspective my other teammate has the rotating wall.

This is the first time I experience this myself but I think it's been happening for a while. Now that I think about it. There are several times (like 4 times already) wherein one person with rotating wall keeps hitting Nitocris. Of course I died several times due to it. I was like what the hell is this person doing. Now I know it's bugged.