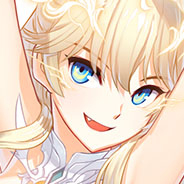 First off, hello all! Former Void player like a good number of people and made my return about a week ago or so and only now created an account for here.

Second off, I know every character gives a certain effect once reaching a certain level such as Violet giving 2.5% item bonus chance at 20 and it increasing as she levels up. What I would like to know is if it is worth capping everyone to get all the bonuses or not to bother and just focus on the main character I will want to play as?

Thirdly, let's say I am playing Seth, do I naturally get Seth's bonus +11% chase damage or not because I am playing as Seth?