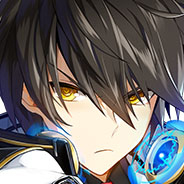 Hey so I wanted to ask the steam users for Closers, do you guys have an issue, especially with Busan being the current update, where sometimes after you've been playing the game for a while, it just decides not to launch anymore when you hit play in steam?

For me, right now I have this issue and its happened a few times. I play Closers for a bit, in fact as of this message I was playing about 2 hours ago but got off to take a small break. But when I try to launch it now it says running, but then closes soon after as if it had given up trying to launch.

Anyone else got this issue? Only way to fix it then seems to be verifying the game files which then results in you having to reinstall the full game again, and update once more for Busan. I hope im not alone in this, since this is getting to be extremely annoying to deal with.
Its not my internet nor my performance. I've been able to play the game fine, and my internet connection is smooth hence why I was able to post this while listening to my youtube playlist of music.

If anyone else is experencing this its nice to know, and if anyone has a way to solve it so it doesnt happen again I would love that. Since again, its very annoying having to go through a 1 - 2 hour process of installing the game each time.

Also an error pops up as well sometimes, telling me that the launcher could not be launched and to restart it and try again, or reboot my PC. I have tried both, and it still doesnt work. Only way to solve it from what I can tell is to verify the game files through steam properties.

I know I should take this post to a support ticket, but I want to ask the community before I annoy the support crew.