Hellooooo, I like to upload stuff when I get good footage, that being said, I don't really have an upload schedule, because I'd rather post a good quality video now and then than swarm with simple videos everyday (though my good quality ones might not be that great either lol). So what's so special about my channel? Not much really lol, but I do have some kind of self-rule when playing action games like this: play as perfectly as possible, basically, when doing raids for example, I try to play efficiently (not in a fighting way, but in an entertaining way), so something like, kill the boss without getting hit, or without using HP potions, no deaths and so on (check my David raid video and you'll get the idea). 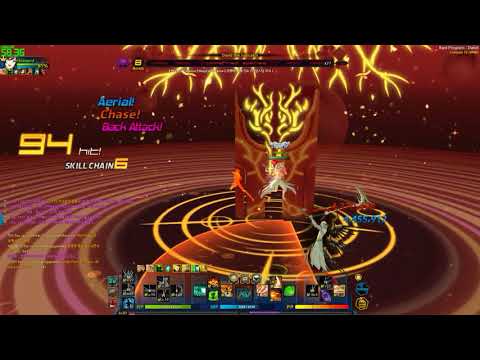 Another thing to mention is that I'm average regarding gear, I don't really like to one-shot stuff and I always wanted to check Youtube videos of people in the same condition as me but everyone was always overpowered, so I couldn't really get an idea when comparing with myself, hopefully my videos will help those in the same situation.
So far I was just making KR videos, but since we got a decent content on NA now, I can focus more on this server. My next video will probably be me soloing VH Tiamat.

Also there are some Elsword content if you want to check them out lol, but I'll be maining Closers for now, so feel free to subscribe if interested: https://www.youtube.com/channel/UCLFbs4t1G4BVhuXqief_5kw