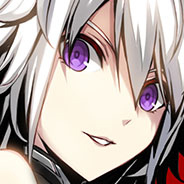 So, i want to get Nata's special agent full-body. Buuuuuut i can't get perm. 1-star version unless we will get an event where you can craft it, so here i am - How does trading work so i can at least try to get it from somewhere?