May be a silly question, but how do i make my pet attack?

I have many characters with Mini-veronica (adult stage), but i have never seen her actually attack. 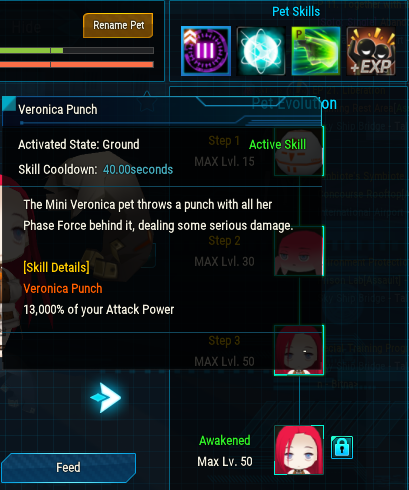 She uses buffs and follows me but that's it.

I don't think i have ever seen her use her attacking, regardless which character i play with.

I begin to think it's a bug.