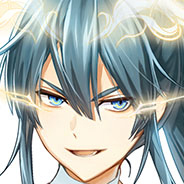 now, I know lots of ppl will still assume this despite my post but I still wanna try to help clear it up.

now, I can already predict that the answer will be "No". For those of you that actually answered with my predicted answer: read further. if not, you can either stop reading or just read for good knowledge.

ok, so the distance between EU and NA is actually quite small in the cyber world, so the distance issues are almost non-existent. cuz of that, the ping will actually be quite low. I can assure you that you will hardly feel a difference (especially if you're NA). now, I don't PvP, but I at least have some knowledge, so at PvP so might it become a small issue cuz it works more peer 2 peer. PvE isn't peer 2 peer, so there the ping will be quite normal.

I admit that i'm an EU player that plays at EU, but hear me out. I've played at NA servers too (namely at Elsword, but there are a few other MMO too, including global servers) and I can confirm that the ping, lag and such i'm experiencing at both EU and NA servers and with only EU players, only NA players and mixed have been the same 90% of the time. the 10% it haven't been so have it always been cuz the player in question got a real bad connection, which means that high ping might be cuz of the player in question and not necessarily distance. of cuz, others have confirmed that they've been able to play smoothly even while i'm hosting.