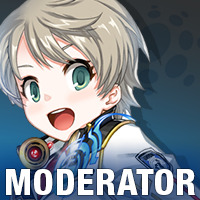 This thread is to discuss your opinion on name selling - how you feel regarding it, if it should be continued or stopped, how name-selling can be handled more effectively, and so on. Over the past few days, there have been discussions regarding players selling character names in exchange for in-game currency (credits). Currently, EME's stance on name selling is that it is allowed, be it in Closers or any other EME published game. Selling names for real money (RMT) is strictly against the rules. After this recent server merge, names have opened up due to inactivity. However, as some here have already noticed, players have taken advantage of this opportunity to obtain credits via selling IGNs. On one end of the spectrum people find selling names okay while the opposite side disagree.

Each person has their own reason to agree or disagree with name selling, and by that degree no one is specifically wrong for thinking one way or another. In the meantime, EME will be reading through this discussion thread for additional feedback.

As a reminder when giving your input, please remember to remain constructive. Do not attack any community member if they have opposing views and for any other reason.