Would you consider buying this years Black Friday sales? 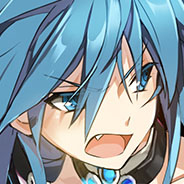 Just a bit of context for those new to the game or not playing the game during last year November, last year's Black Friday deals were great. There was a deal of 990 EMP where it would give you 80 Performance Fabric Treatments, 20 Performance Fabric Relaxers and a bunch of different fibers. Needlessly to say, some people bought more than a couple of those packs (1 guy I knew bought like 100 of them :'). Compared to last year's sales, this year's deals seem a lot more not worth. I get that SS tunes just came out but even so, comparing the value of last year's and this year's tuning deals and the other deals that are also on sale just seem super lackluster and not worth it. Therefore, I also wanted your opinion. Would you consider buying this year's deals in consideration or without consideration of last year's deals if you had the money to do so?

Would you consider buying this years Black Friday sales? 45 votes