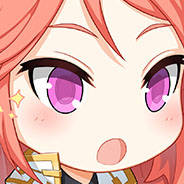 After done with gearing, is tcp all about tunes and costume sets (i mean, these from contri shop)? I see people with the same ilvl as me, same enh, but I'm still 1m-2m tcp apart from them x(