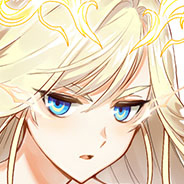 imma leave this as a subject/topic of discussion/rant.

Only thing i can really say now is.... is it that hard for naddic to remove awakened tia's effects that we have to wait possibly till a branch update for it to get fixed in this server ? i really doubt.
Should just fix the tia pet already. I mean its something that REALLY affects the game's performance and fps. its not a new raid or something that takes time to come. it's just a "fix" KR already has and is killing the fps on world in sectors if it occurs.
To anyone that would say "just get a grem", why waste credits and time for a game development problem. tiamat pet has been problematic since forever and at this point if devs/en masse are that incompetent about fixing an already fixed in KR bug , just remove tia pet from world and give tia users a grem pet since its the one closest to tia. ( which is pretty impossible but im just saying. )

Summing it up to one sentence: "Fix tia already."