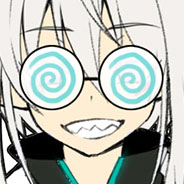 I stopped playing months ago and I've been thinking of returning and I have to ask, Is it worth returning? Is the Endgame at the moment is just endless Grinding or Fashion? TYIA.