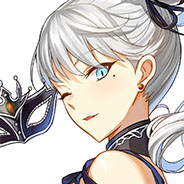 I've been watching a lot of speedrun content lately and the more I watch the more it seems like most, if not all, bosses have heavy DR phases which people avoid bursting into. I have a vague idea of what these phases are on certain bosses as my skills visibly hit for a fraction of what they should with full buffs and ABC procs, but I don't know how the phases are delimited and on other bosses I've no idea at all when DR is in effect.

Is there a definitive per-boss list? If not, could somebody please inform me? Testing this for myself is incredibly tedious with limited daily runs.