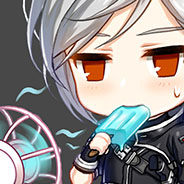 I think everyone feels the same way. The price of the License is way too steep.
It is definitely a Season Pass of sorts, and it pushes people to be active on the game and that's good. But a season pass that's worth $50? The prices in the store are obviously terrible and everyone knows that, and I personally have to say, the rewards are not worth that price.
Please get a check of how much a sane person would actually pay for the items offered.
$15 dollars sounds fine, even $20, but $50?
Whoever is putting prices on the items in this game...