What are these messages? As of recently, En Masse has been reaching out through social media with cryptic messages of events that once occurred in TERA. Currently, there is a total of 5 images with cryptic text, where players have taken their time to decode and share their information with their peers... including myself. My goal is to understand what these messages mean, as well as getting a discussion surrounding the matter. If you have any idea or thought you may think this means, please don't be shy... I'd like to know what the TERA community thinks. Here is a list of decoded messages that we know so far:

"Our surviving spies report argons massing again in the northern provinces.
Only a strong leader can control this many at once..." (Matron Acana)

"The archdevans are retreating from several fronts.
Afraid to face the monsters from beyond.
Our friends in the federation warned us this could happen.
But to see it in action is truly astounding." (Hagand The Seeker)

"All too soon our people will march again to defeat the argons,
But in which direction, no one can say..." (Fraya)

"The earth groans with the tread of argonfeet,
We ride to war." (Princess Rida)

Now is the time for all peoples to band together against our common foe.
The Valkyon Federation exists to fight argons,
And let no one say this soldier hides from a fight! (Commander Seir)

What could this all mean? TERA M
• The TERA lore doesn't match up
• TERA M takes place 1,000 years ago
• Not argon related

TERA Re-Release of MCHM or Nexus
• BHS has already announced that they would not be bring back old dungeons or nexus
• If it isn't in KTERA, it won't be in our version of TERA

TERA Expanded Lore
• Return of Argons
• Introduction to Manahan & the Yakaia Dimension
• End of Argon War Puzzle Piece Clues Another thing I'd like to talk about are the puzzle pieces in the corner, containing a number and 2 letters. From my knowledge, I know that TERA contains 8 languages. These languages are:

Each type of race in these languages had a role to play in the TERA lore, which makes me (and many other players) believe that there is 4 more of these images to come... however, in their first post, En Masse said, "An urgent message from the Valkyon Federation.", which this could also mean that there's only 2 more images to go (since the Tuwangi and Devans are not a part of the Valkyon Federation). As of right now, we have 4 clues that we can use to give us a larger understanding on what this can all mean... I tried to think that this may be another "fill the blanks" or "scrabble", but I'm not 100% sure on that. Here is the list of current "clues": 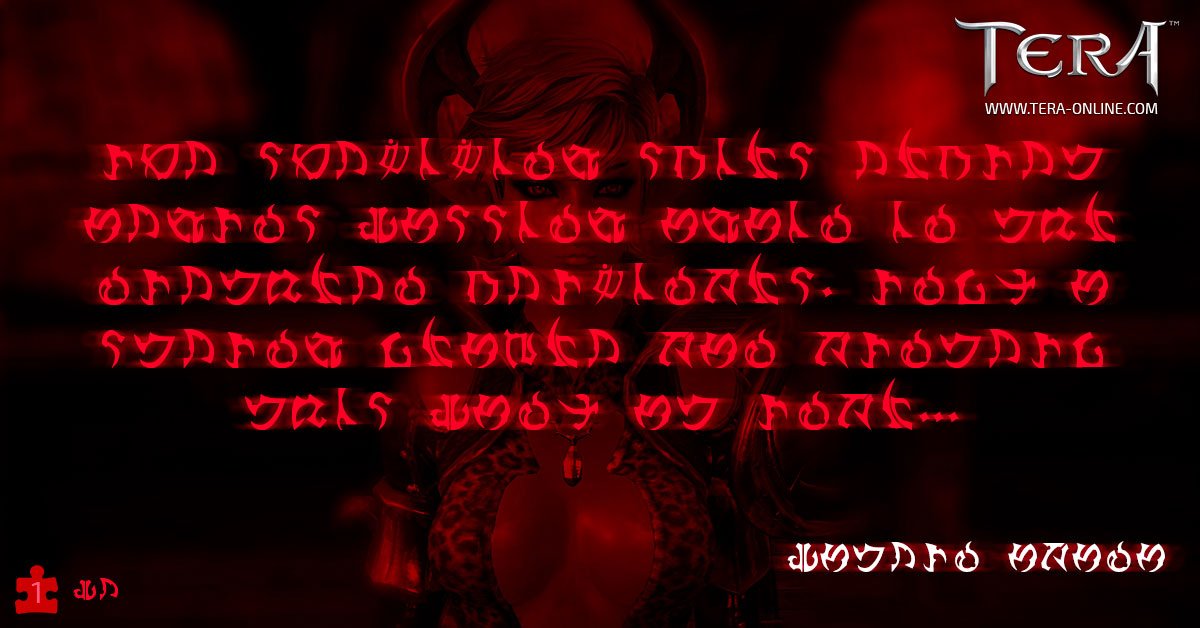 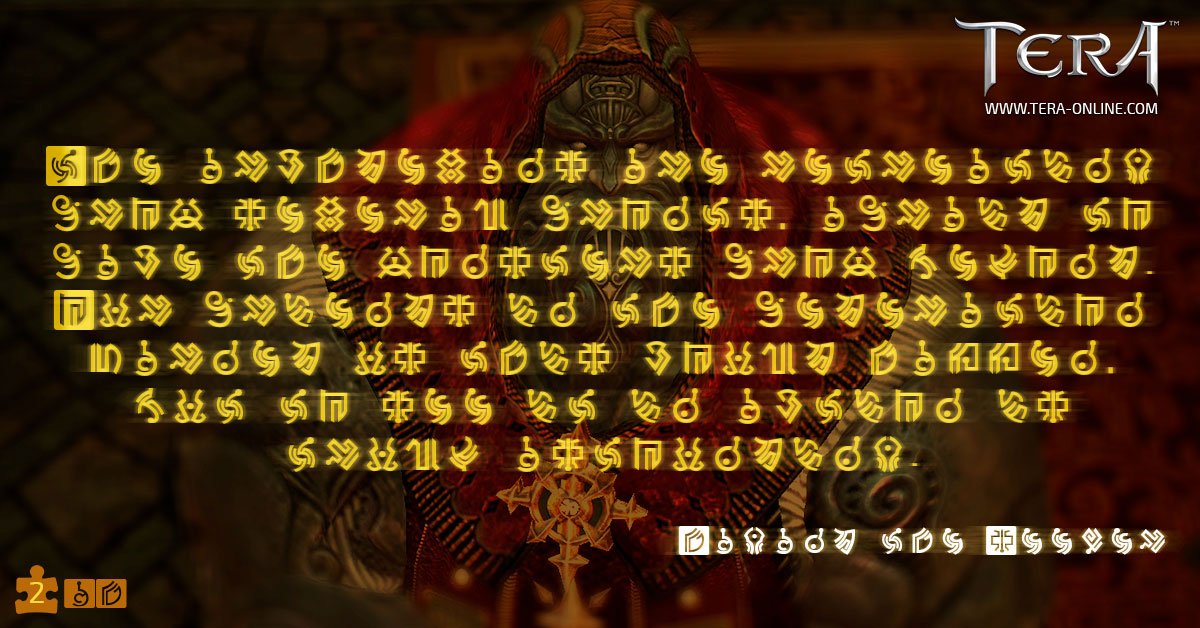 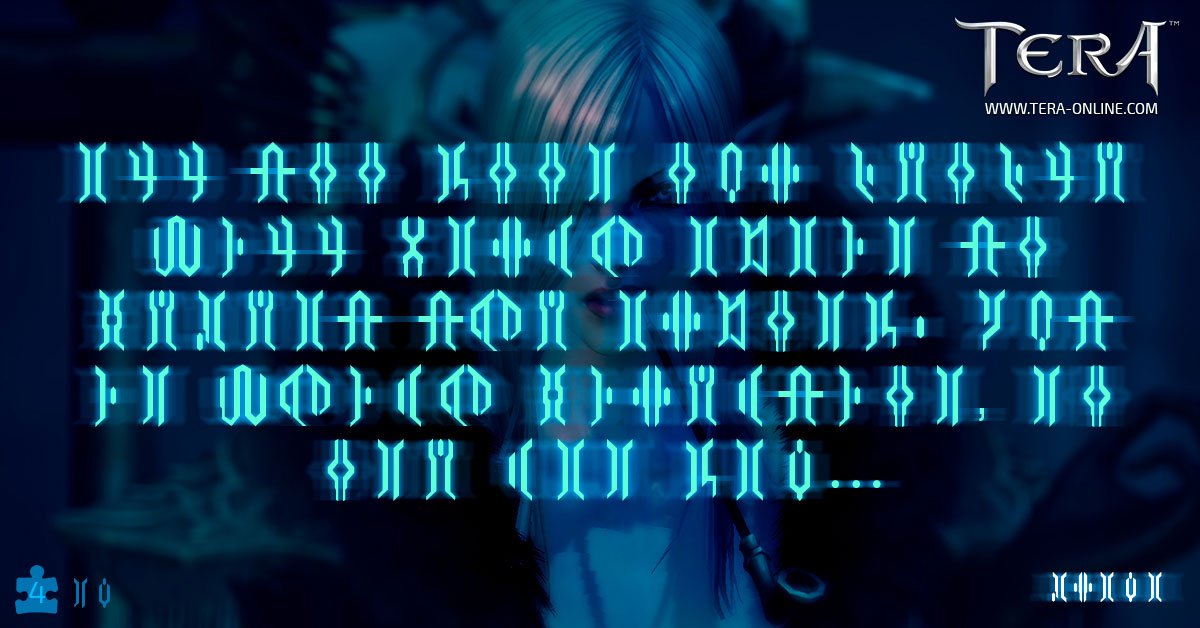 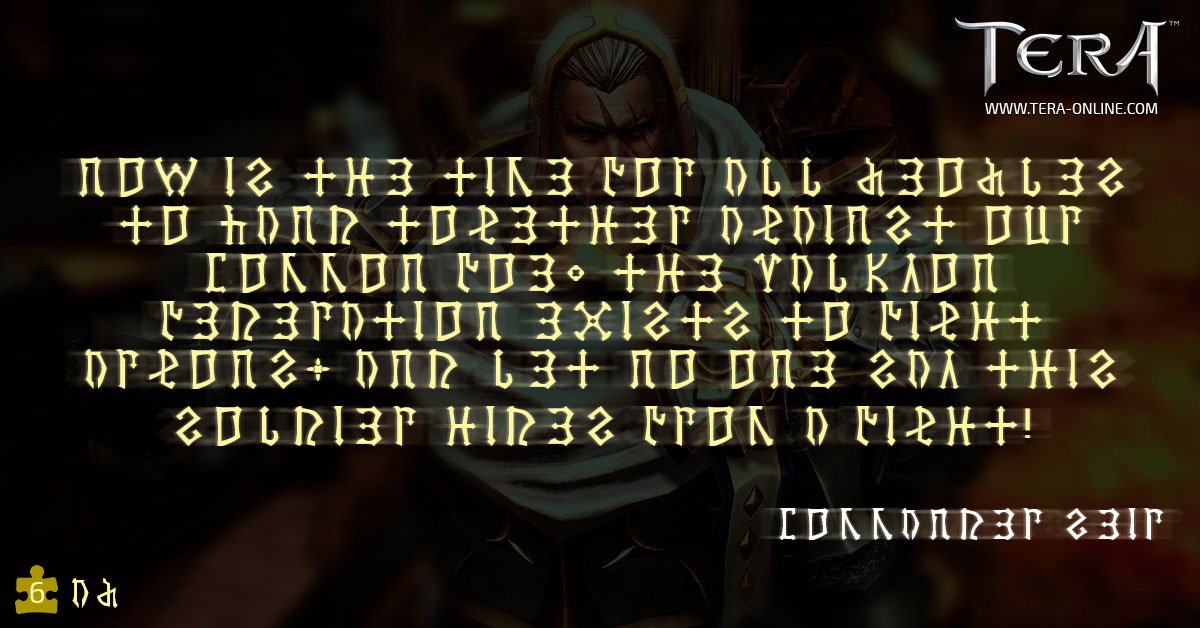 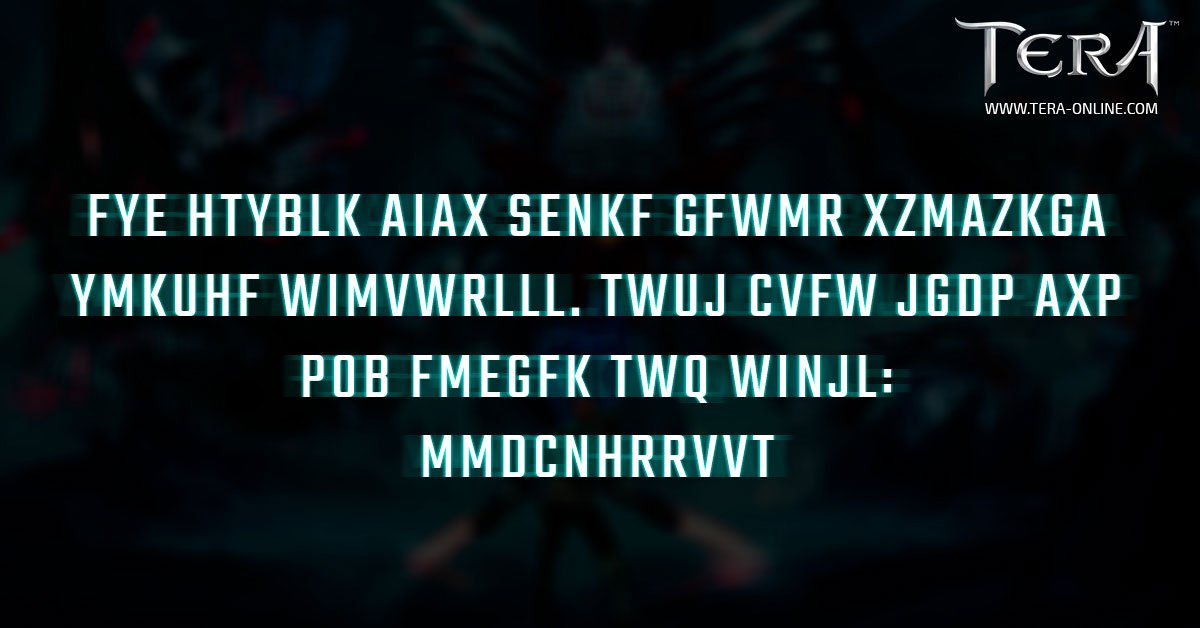