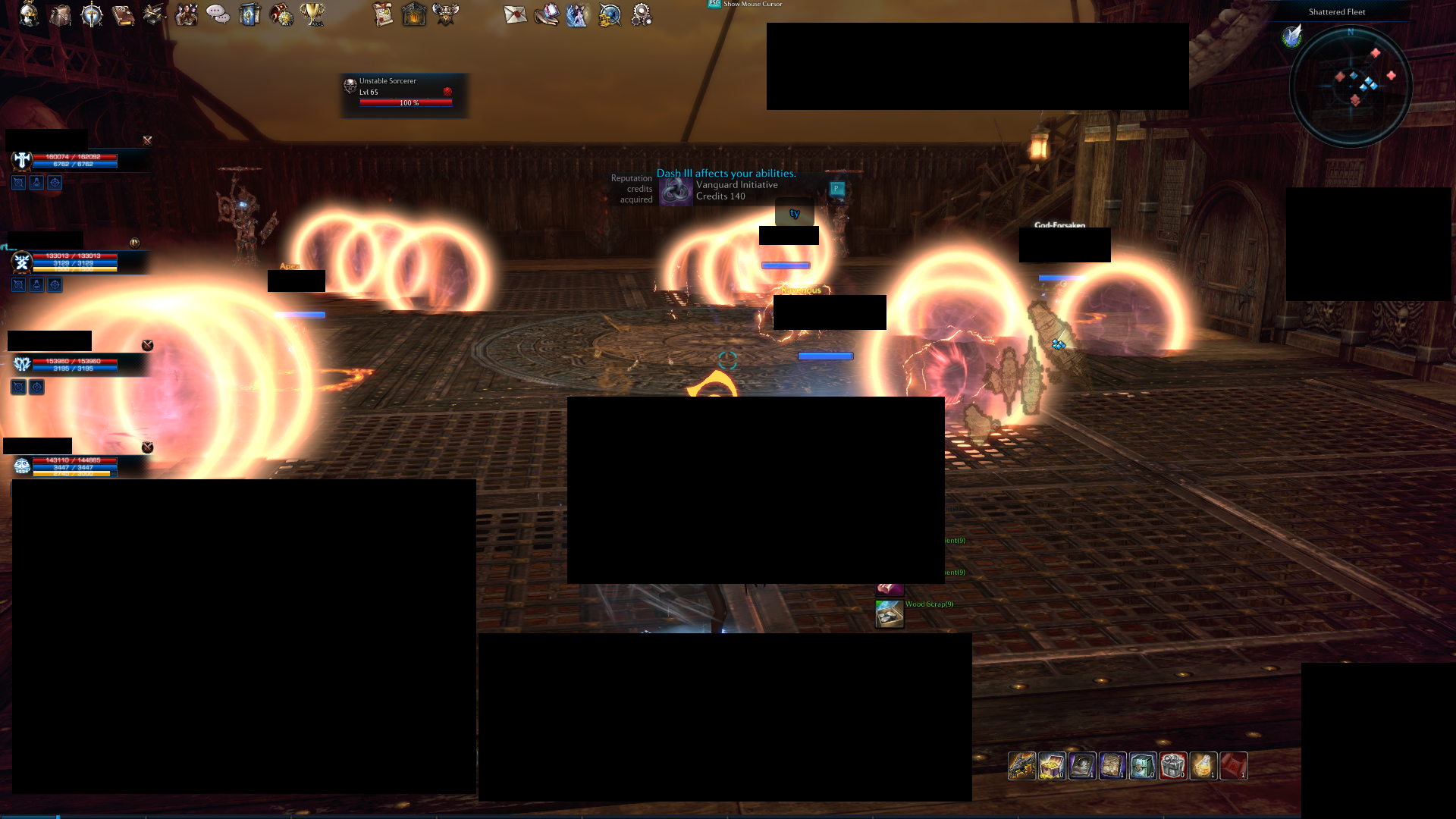 did anyone ever experience this bug before in Shattered Fleet? lol. after the last boss was dead, it summoned all those 4 mobs again shooting multiple fiery [filtered]
0