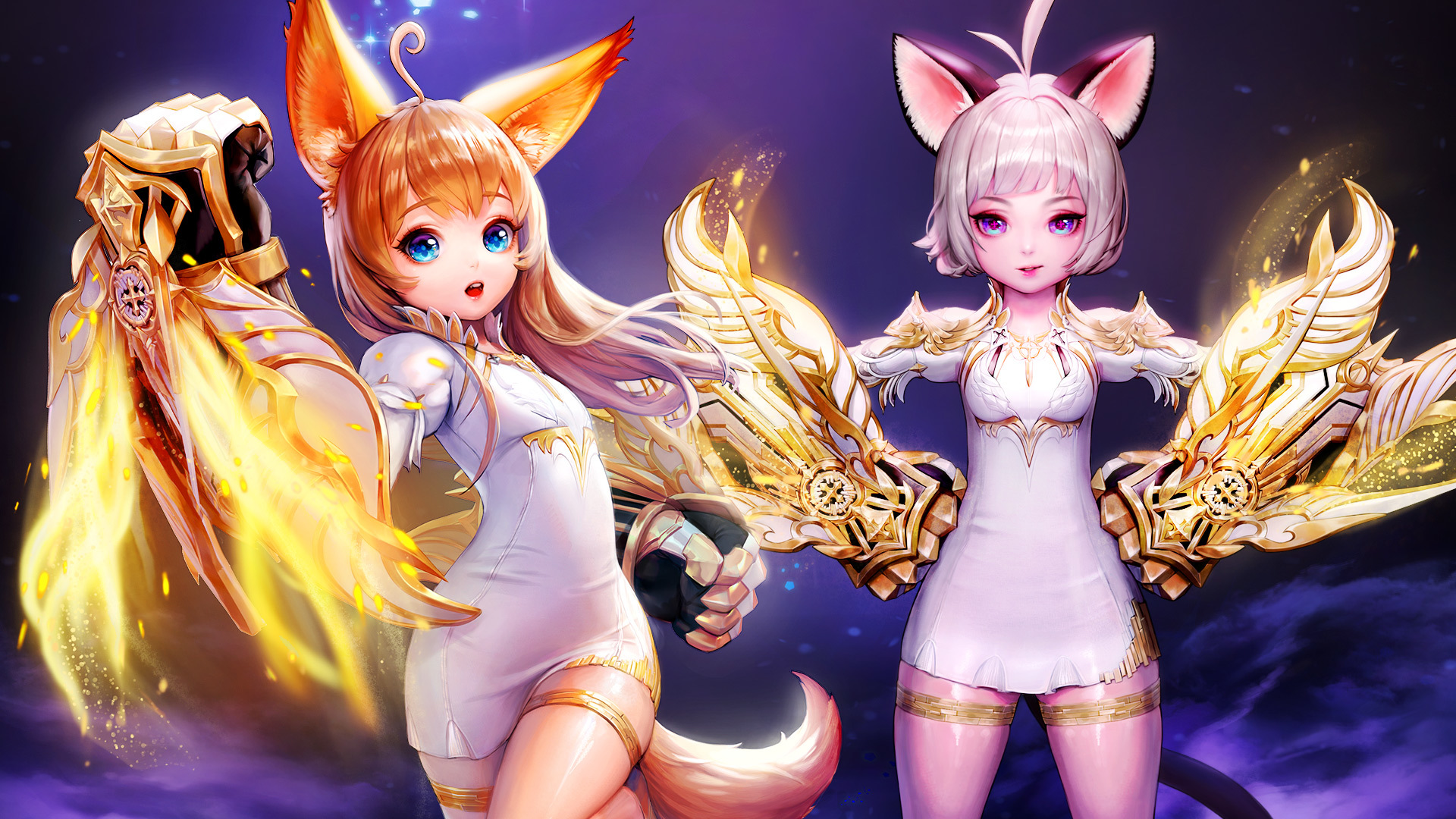 Fiery Featherweights update launches on Tuesday, November 13! You’ll have the chance to play an elin brawler and it's coming with a LevelUp! event, from launch day until Tuesday, December 11!

LevelUp! Event - November 13 - December 11
The LevelUp! event is only available to brawlers - those who hit level 65 during this event earns a pile of rewards: cool pets, costumes (elin only), weapon skins, mounts, and footsteps—plus a full set of Twistshard gear, a Guardian Mask, and a Cleansing Brooch when you reach level 65!

BuddyUp! - Now until forever!
Both? Both. Both. Both is good.
As a mentor, recruit three friends, give them BuddyUp! codes, and claim 3 sets of rewards. Then ...
Either way, you'll get rewards from doing both the LevelUp! and BuddyUp!
Share your experiences with us!
Need help finding people to BuddyUp! with? Check out our Discord server for the LFG chat to find those buddies! We'll have more BuddyUp! news coming soon so stay tuned!

0
This discussion has been closed.
Hey! You will be signed out in 60 seconds due to inactivity. Click here to continue using the site.