Forum Home › TERA PC - News & Announcements
[TERA PC] Known issue: Little Red Tokens from the Little Red and the Wolf event have an inventory limit of 999 and if receiving a Vanguard Request reward will raise your token quantity over the limit, you will not be able to receive any of the reward items. We apologize for the inconvenience, but ask that you please exchange tokens prior to completing dungeon Vanguard Requests if you are approaching the inventory limit. Event details: https://tera.enmasse.com/news/posts/tera-anniversary-little-red-and-the-wolf
[TERA PC] We confirmed that an issue with Civil Unrest persists, so Civil Unrest will remain disabled until further notice. Thank you for understanding.

IT'S TIME TO GET READY FOR THE NEW YEAR!

You'll have more than one way to grab them too! Get together with some buddies queue for Wintera Battleground and in between queues, you can go hunt for Golden Beetles and increase the final loot! It's a good way to head into the New Year 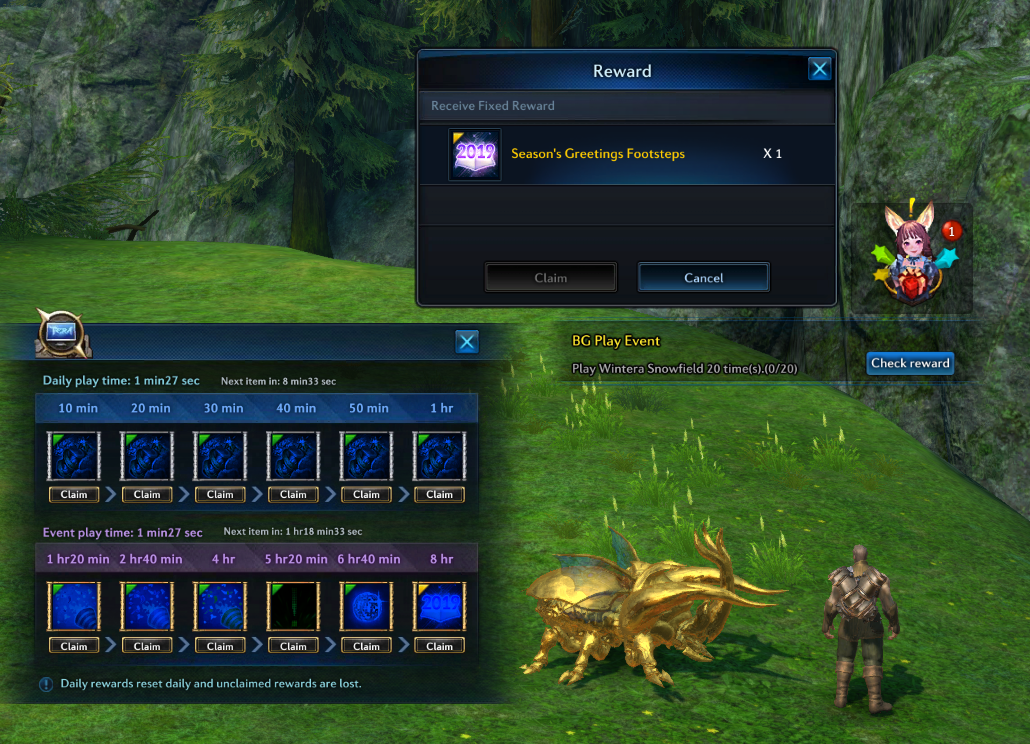 You can also look forward to another round of ULTRA FIRE HYPER TURBO TIME on New Years!
- 9 PM Pacific Time to 2:30 AM - (in other words, midnight from one coast to the end of New Years' on the other coast!)

Also keep an eye out for a Parcel Post too!