Skavena
May 2019 in TERA PC - Bug Report
so here's the problem, in my bank, I have a ton of these old scrolls of reset instance that no longer serves me, there's a mark that I can sell them at 15,000 gold/unit, but when I go to the merchant pnj the latter does not offer me 200 gold... 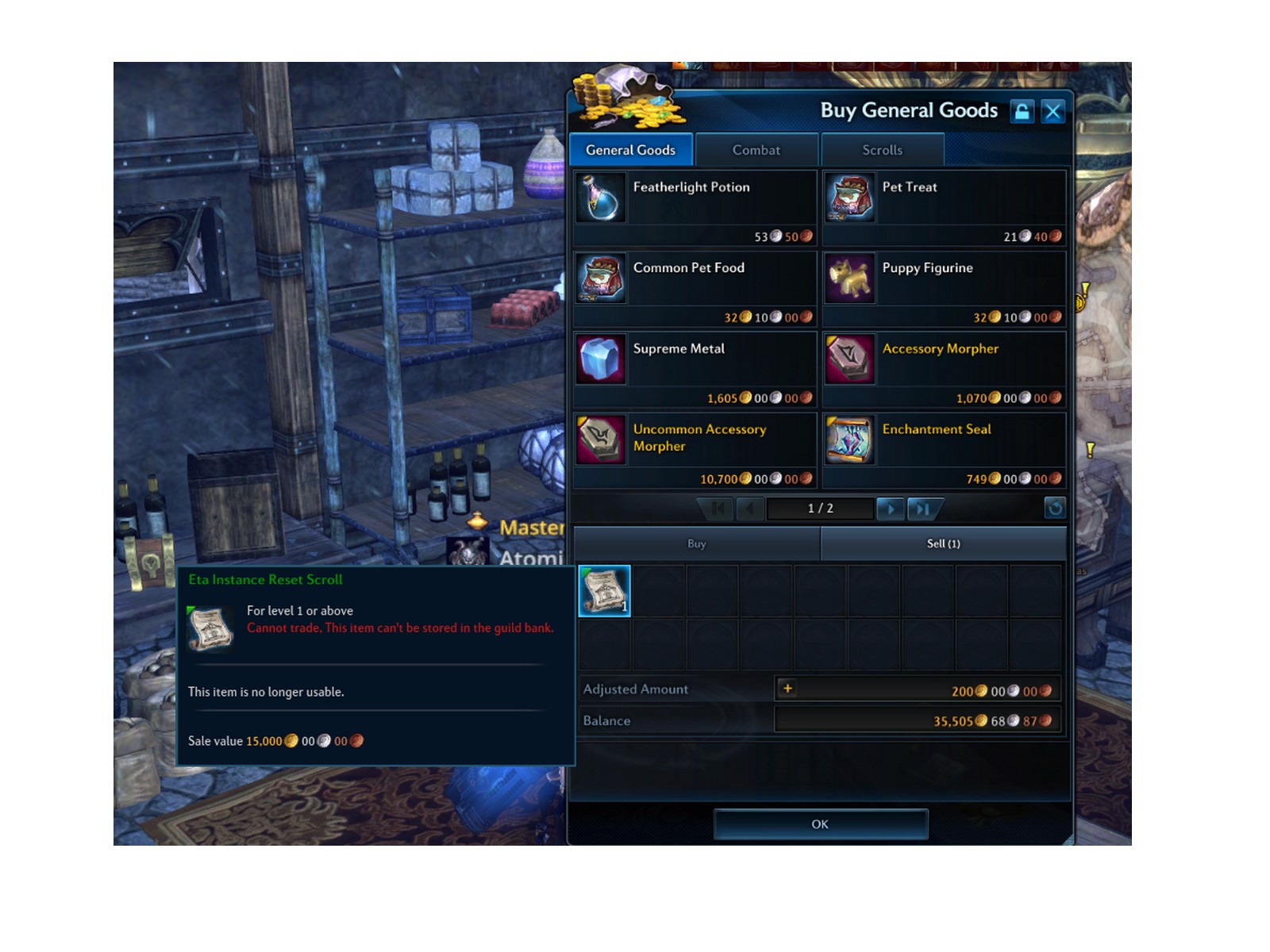