Forum Home› New & Returning Player Help
[TERA PC] Summersilk season is here! Pick up Summersilk Robes in the TERA store until August 3. Plus, earn a free Summersilk Robe in our leveling event: https://bit.ly/TERA_summersilk
[TERA Console] To celebrate the launch of the Awakening update, participate in the Awakening Leveling Event! Details: https://bit.ly/awkn_events
[TERA Console] Server maintenance to deploy the v84.03 hotfix is scheduled for 7~11 p.m. PT on Monday, July 13, 2020. This hotfix should improve upon issues with frequent crashes and blue screens. Patch notes: https://bit.ly/v84_03_patch

What happened to crafting.

I've been away for 3-4 years, now I logged in my account, with 4 toons on it and noticed that 50% of all my itens including potions, scrolls are useless (no longer used), all my toons had at least 400 crafting level on one system and one of my toons was 800 in alchemy as shown bellow 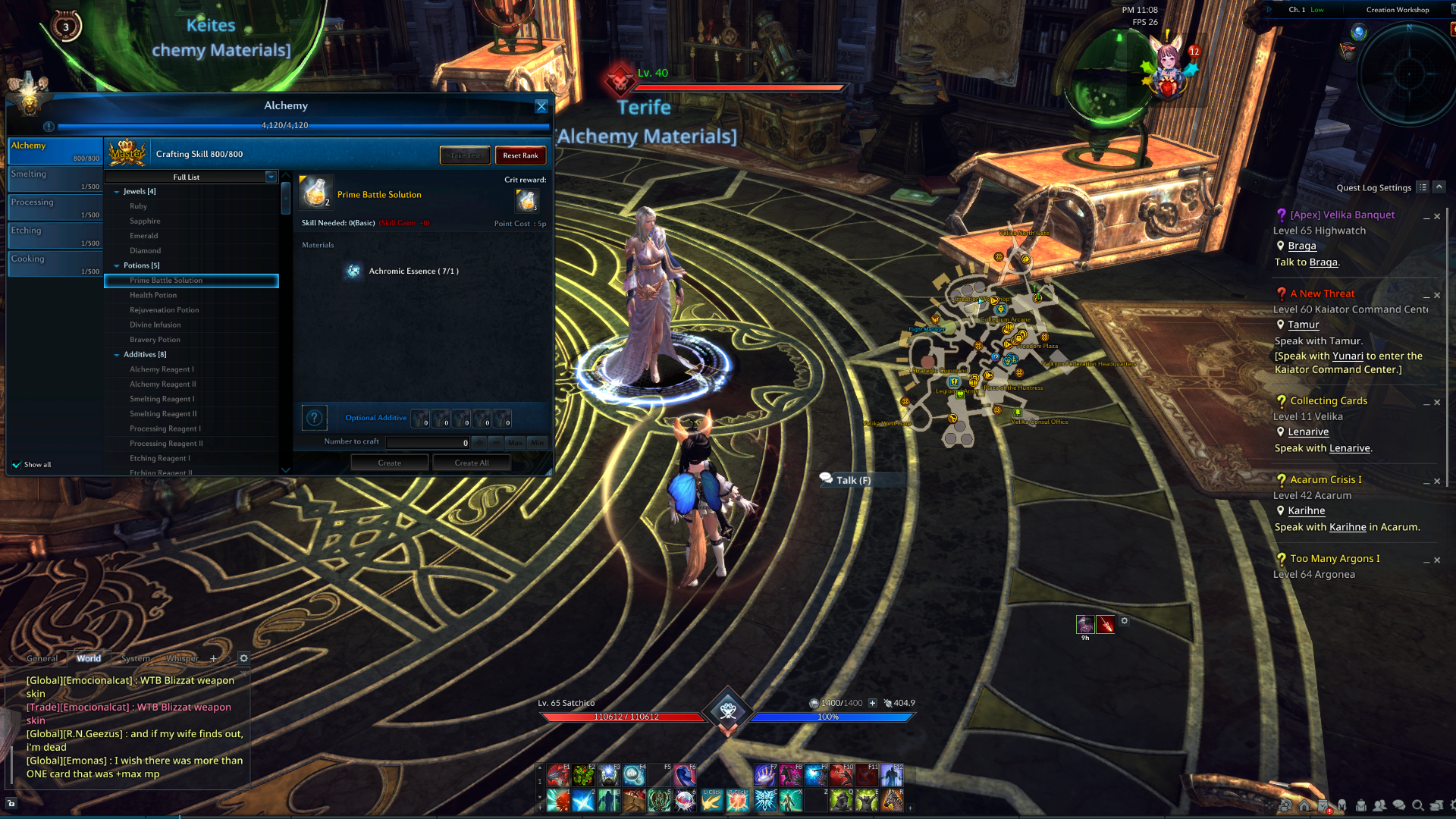 When I tried to craft new working potions, none of the crafting tables are lit, there are no interactions and there's no decent up to date guide on it, so what's going on?