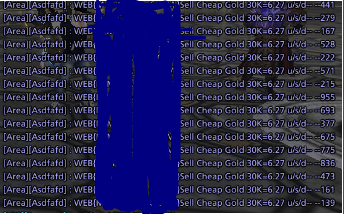 when are we going to stop seeing this? admins can you AT LEAST be active enough to ben gold spammers when they come in our servers? its been weeks
5
«1234»