I am a gunner, and this is my story

FinalFantasy7
April 2018 edited June 2018 in Console - General Discussion
Hello, i am a gunner, and if anyone is reading this, I'm already dead. I'm corpsified. Six feet under.

You get the idea

Technically, I'll be laying in the bed I plan to be in when I swallow a few year's worth of pain pills, but it all amounts to the same thing.
I know this may seem strange in such a time of renewed hope and opportunity as we now live in, but you see, that's kind of the problem.

I guess I'm not making a whole lot of sense. That's probably because I started at the end of my story. So let me try this again from the beginning.

I am a gunner, and when the apocalypse struck, I was ready.
Don't for a second think I was some kind of badass or anything like that, at least not yet.
No, I was just a noob wasting his time in velika doing nothing but watching others, but I had seen every horror movie ever made.
I'd seen every TV show, played every video game and read every book or comic ever created on the subject.

So when I was ordering a hot dog outside the stadium of celestial arena,
and a sorcerer came shuffling up with ripped clothes and grunting and started haunting people, I was the only one that didn't panic.
It was something I had always known was going to happen eventually. I ran away while everyone else moved in to help.
As i was flying around on my mount, i saw velika's guards that had been bitten turn on the ones that came to help them. It was a bloodbath.

Didn't these idiots know how this sort of thing worked?

I was doing some vanguard quests. guards screamed in the distance when I was throwing the items into my bank.
I hurried home and locked all the doors and windows.
Had many friends who were slayer, warrior, archer, priest, mystic, brawler etc....so I grabbed all their items i could find from their bags, and made myself ready for battle.

I was rather proud of myself. I already had a safe place to hide while everyone else was just starting to realize what was going on.

When I had done all of this, I realized it was a couple of hours past the time some of my friends normally would be home. I felt sick. No, it was worse than that. Somehow I knew those things had got to them. It was devastating. I just sat in the living room and waited for hours.

It got dark outside, and I heard a lot velika's citizens screaming nearby.

Drunk priestess: "Stay where you are, let me cleanse you"
Banker Haphiz: Eeeek!! get this thing off me.. HELP!!
Trade broker Yieron: "I am under attack ! Please, someone.. HELP ME!"
Uriala Aide: "Omg, what is going on. I don't wanna die like this"

I peeked out a crack in one of the boarded windows and saw dozens of those creepy things shuffling and floating down my street. The way they moved and their moaning and grunting was exactly what I'd always expected, but it scared the crap out of me anyway. 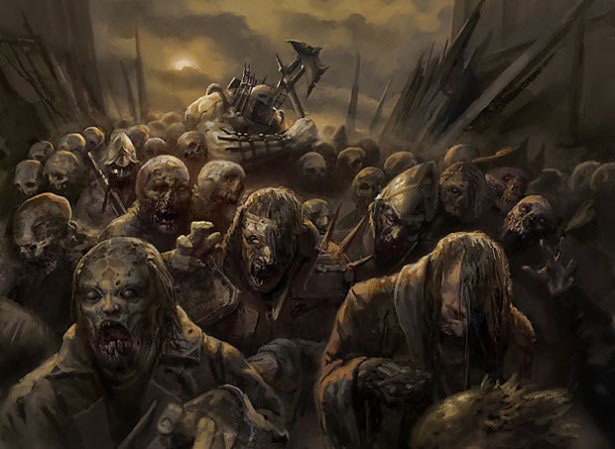 Right at that moment, something thumped against the front door to my house. The doorknob rattled, and then I heard a soft scratching sound. I crept slowly up to the door and peeked out the peephole. Thank god, some of my friends had finally come home.

But something was wrong... they looked like those creepy things....

No way... i just couldn't stand the thought of of them leading lives as mindless undead, so I did the only thing I could think of. I grabbed my gun, threw the door open, and blew their heads off. Then I closed the door and hid in the dark as other undead tried to get inside, drawn by the sound of the gun blast. They broke the glass out of the windows and pried at the boards, and I'm pretty sure I pissed myself, but eventually they gave up and shuffled away.

The next day I made a run to the local hardware store for some supplies to better fortify my house. As I'd always suspected, the undead were less active during the day. I still had to put a few down, but it was easier in the light of day. The undead were not smart, and they were so freaking slow. I think that was when I started to enjoy killing them. Yes, this is my destiny.


I knew I should be upset about my friends, and I was, but it had already started to fade. There just wasn't time to mourn loss in this nightmare. It sort of just came with the territory.

I grabbed the supplies and turned my house into an impenetrable fortress. I even built a little stand on the roof where i could shoot wandering undeads if i was in a sporting mood. Things continued this way for weeks. I added to my house's defenses, Upgraded my gun to tier 15, stocked up an insane amount of food, speed and premium battle potions and killed a whole lot of those creepy things. It was great. I was the happiest I'd ever been.

Ok..ok, i know what you're thinking. What kind of sick freak would be happy after so many people died? After our whole world Tera ended? Well, the truth is i didn't think about it much. You see, I never had a place in the old world. I was an lazy, female gunner with no humor. Even my friends thought I was a disappointment. Hardly a day went by that one of them didn't make a comment about me doing any dungeons or raid. And the random pugs was even worse. None of them realized constantly putting me down ensured I never had the self confidence to make something of myself.

Then those... ugly creeping things came, and nobody was there anymore but me.. hehe... and them, and I finally discovered what I was good at: killing the shuffling freaks. 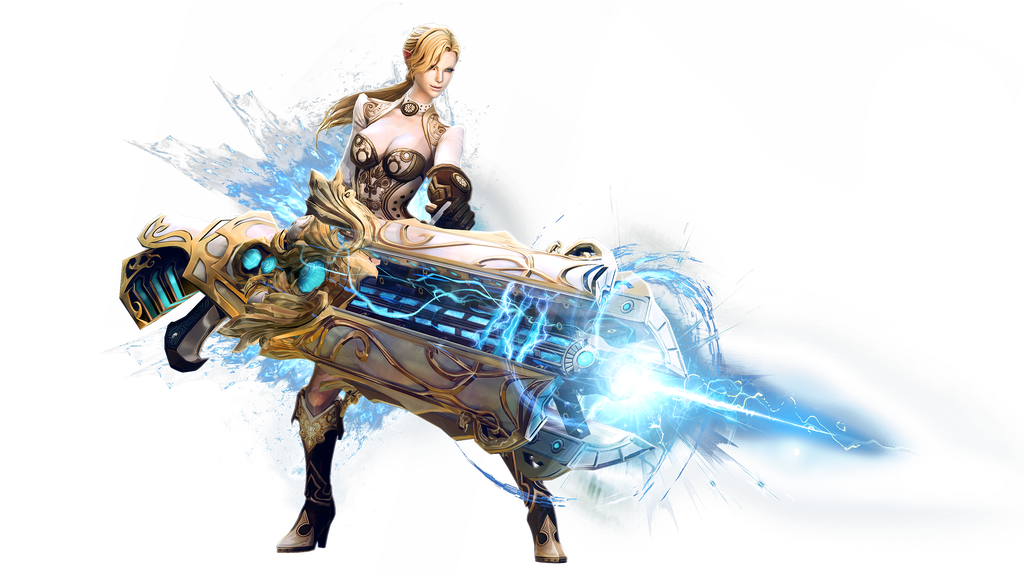 I killed hundreds just from my rooftop perch, but soon that wasn't enough. I had to find more creative ways to take them out. I once found a dump truck with plenty of gas in the tank and the keys still inside. I went on a little highway rampage, mowing the bastards down like weeds, and by my count, at one point I killed thirty of those creepy bastards in about seventeen seconds.

That has to be some sort of record.

My best undead kill ever was the old warehouse in velika outskirts however. I doused an abandoned warehouse with lighter fluid and gasoline, then ran around with an air horn attracting the attention of as many of those creepy bastards as possible. I led hundreds of them into the warehouse, hid in a cubby by the door, and when an opportunity presented itself, I ran back outside and locked them in. It was then a simple matter to set the whole building ablaze and watch it burn down around them.

I was in heaven. So how did I get from that point to where I am now, about to kill myself?
I suppose anyone reading this knows the truth of this nightmare, so I guess the answer is fairly obvious.

It all went to hell when I was making a run to loot a downtown ammo store.
The street was more congested than I would have liked,
so I crept across as silently as possible, taking a few of them out with a machete to the brain to avoid drawing undo attention.
I found all kinds of good stuff inside, including a few potions i couldn't wait to try out, so I filled my duffle bag quickly.

When I went back outside, a few dozen of those creepy things had surrounded the entrance to the store.
It seemed like a great time to use my Balder's Vengeance and Bombardment.

At that moment, I heard sound of flying mounts in the distance. The undead must have heard it too because they all turned toward it. The sound grew louder until I finally spotted the source: small army of mystic's,priests and priestesses on flying mounts headed straight for us.

It was so surprising, I could only watch them come flying motionlessly. I had been so sure everyone was dead. By the time I'd gotten around to checking the TV and the radio after the undead came, all the stations were dead. It had seemed a safe assumption that everywhere else was affected too.

The mounts flew overhead. Small hatches dropped open from their bags and an orange gas poured out, raining down on us, on me. I tried to hold my breath, but when I finally gave in and inhaled the gas, it had no negative effect on me whatsoever.

I quickly turned my attention to those creepy things, expecting to see them dying gruesome deaths. Surely the other mystics, priests and priestesses had developed some kind of ultimate undead-killing weapon . . . but no. No such luck. To my utter shock, the undead started to get better when the gas flowed over them. The moaning stopped. They stood straighter. Intelligence slowly returned to their vacant eyes.

The gas was no weapon; it was a cure.

I fell to my knees in the street, my weapons forgotten. A sense of the most complete helplessness washed over me. I watched a couple of people that apparently knew each other embrace, crying into one another's shoulder. I realized they had never been undead at all. Not really. Just sick people.

Tears poured from my burning eyes. My world was shattered as everyone around me rediscovered theirs. 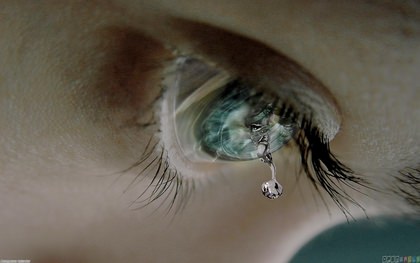 The world had changed again, just like that, and once again I didn't belong.

So that's my story, and why I felt compelled to end it. I hope you don't think too little of me. I didn't know what I was doing, though even as I write the words, I know it's a poor excuse. So here's one last kill for the world's greatest undead slayer.... i mean terminator.

I'm not a undead, of course. But none of the others were either.